Today we have a couple of exciting things to announce. To begin with, hey! This is the second update we have in  a single month! We may have just broken a record here!

As the frequent updates might suggest, things have been quite busy, with some cool things taking shape. Perhaps the biggest of which is the revival of our old passion project, Elysium. 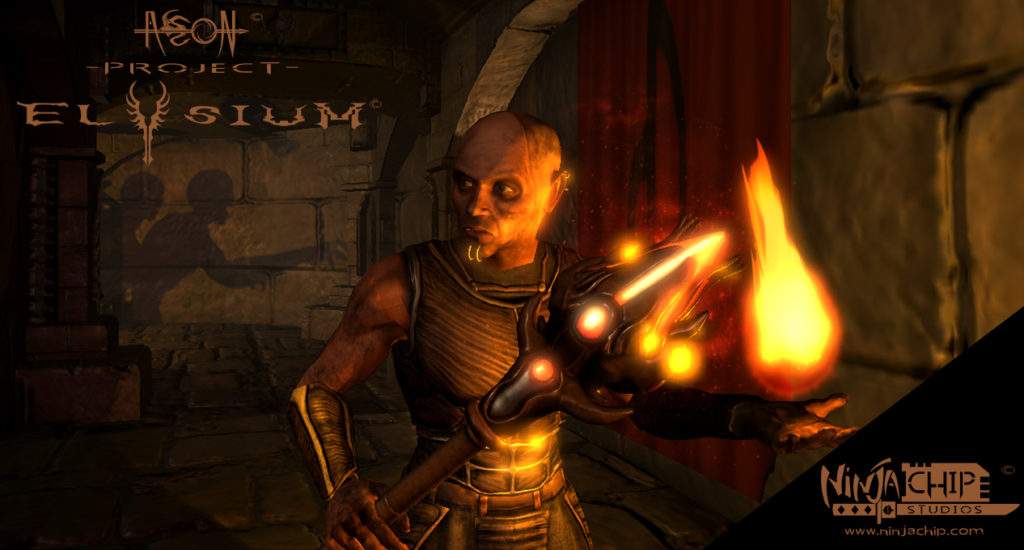 Those of you who have followed us since our inception might recall that we started out building an action adventure game in our Aeon Universe. The goal was to immerse the player in  a dark world after the fall of a long gone civilization. Using ancient magic and bronze age weaponry, players would uncover the secrets of the Mahin Empire from its ruined capitol in a  quest to escape the horrors trapped within.

The project was ultimately put on hold due to its scope and, quite honestly, poor decisions made during the production process. By the end of 2016, we decided that the best thing to do for the project would be to take a step back, focus our efforts on our other game (Acorns Above: A World Gone Nuts!), re-assess the projects goals, and rethink how we would go about it.

We feel that that we made the right call. We’re now back, stronger than ever! We re-started work on Project Elysium earlier this year, bringing it back in all new avatar. 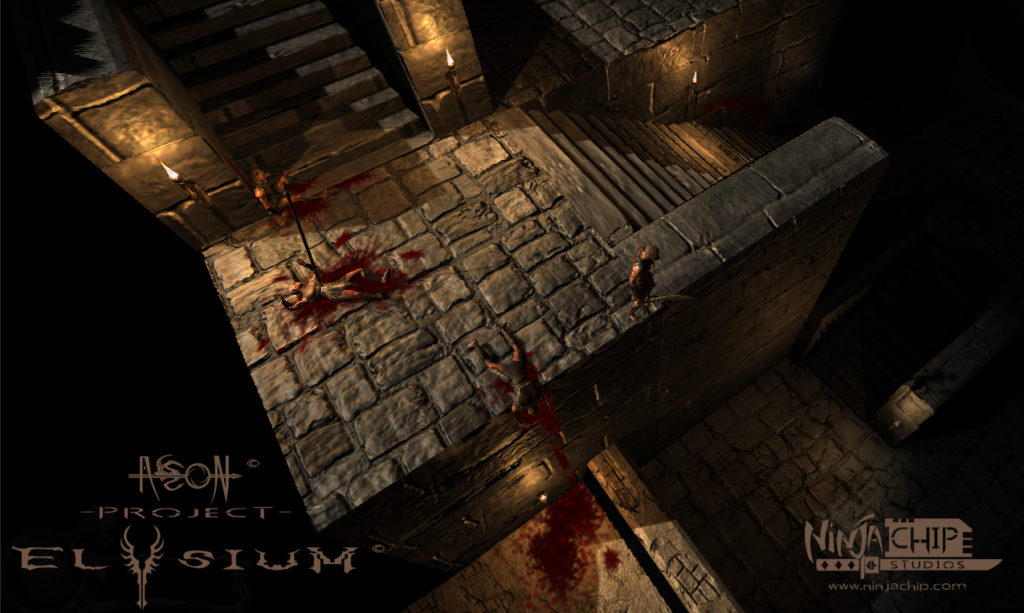 So, what all has changed since the previous incarnation of the project? Quite a bit, really. First among them is the that the game will be played from a top down, isometric perspective, rather than first person. We felt that this visual style lent itself more to the kinds of game play we always wanted to focus on, instead of getting distracted with the interaction challenges more common in first person titles. It also enables us to experiment with visuals and systems we have had in mind since the days when we were modding RPG’s.

Speaking of RPG’s, that’s the other major change. Project: Elysium is now being built from ground up as an a role playing adventure, with action elements. Character customization was always a part of the original project, but now we’re taking that further by enabling you to develop your character in ways specific to your style. However, we are also taking steps to ensure that focusing on a  style doesn’t limit you. In the months to come, we’ll discuss our systems in more details, starting with our personal favorite, Elemental Channeling. Check back on May 1st for a peak into the arcane mysteries of the mahin! 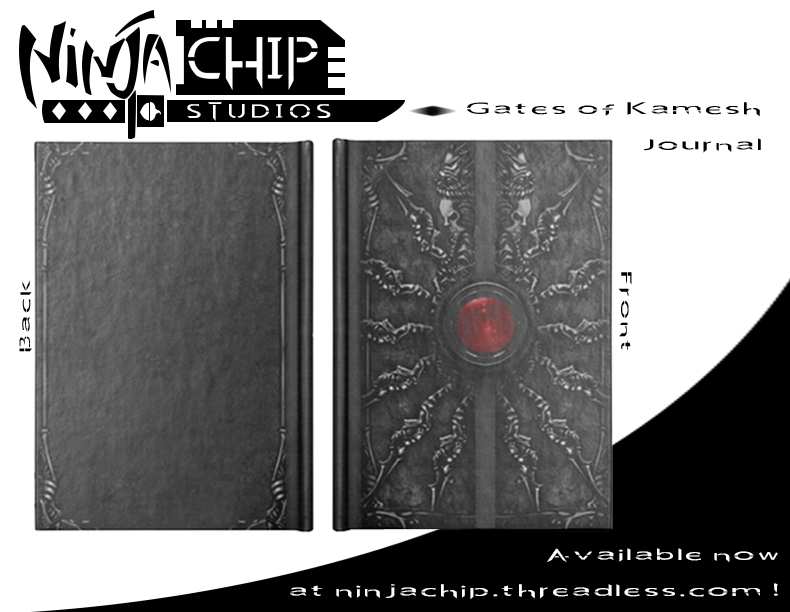 In the mean time, we’ve added a few more goodies to our Threadless shop page, like this epic grimoire style journal based on the Gates of Kamesh! The Gates of Kamesh design can be printed on t-shirts, tapestries, phone cases, and notebooks.

Finally, in case you missed it, we’re now finally on Twitter! We’ll be posting frequent updates there, and sharing other points of interests that might interest you. So follow us @NinjaChipStudio!